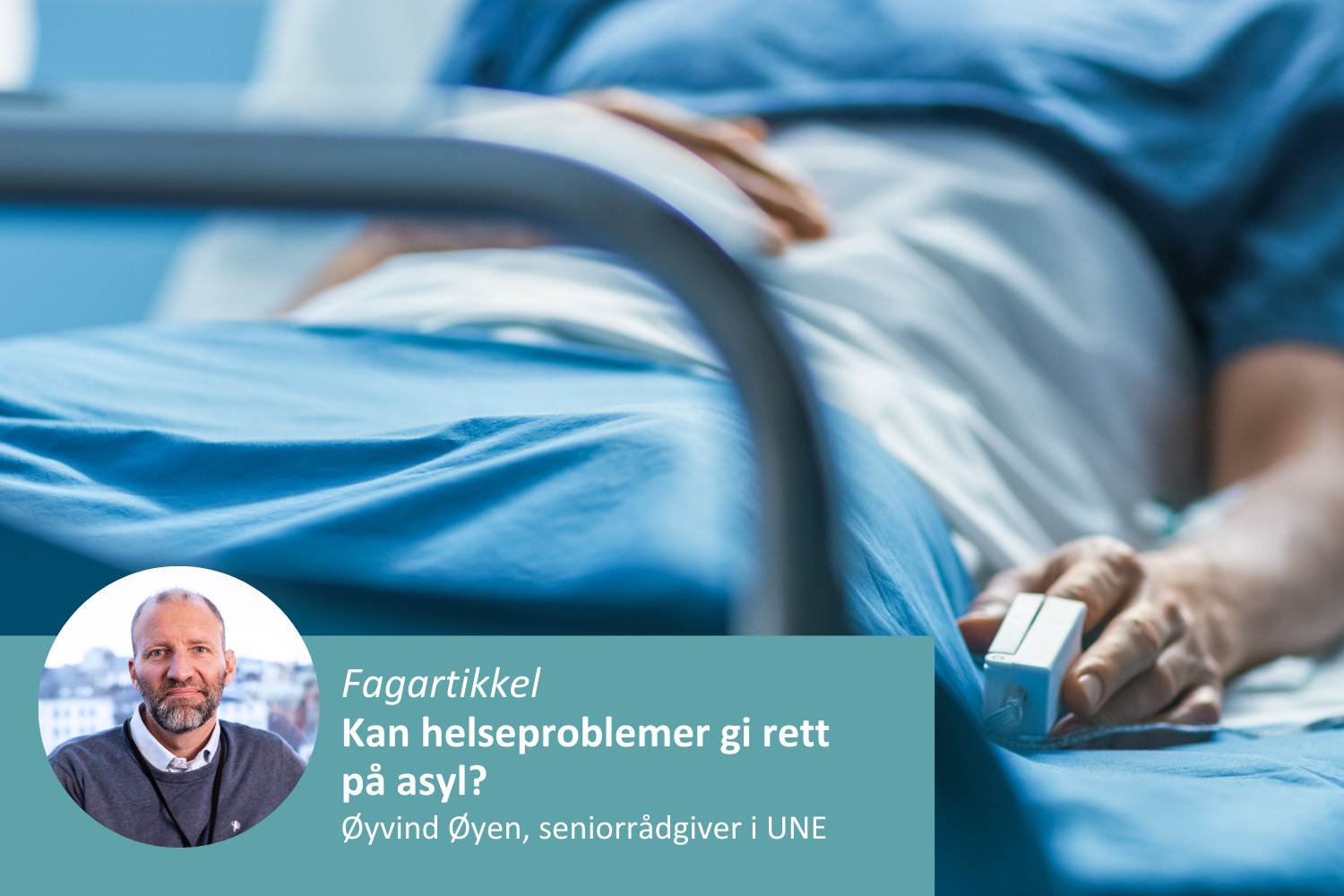 No, usually not. But there are exceptions.

The principle is clear: Health problems do not entitle people to refugee status and asylum in Norway.

This applies even when the health problems are so serious that the applicant risks inhuman treatment upon return and has a right to protection against removal under Article 3 of the European Convention on Human Rights (ECHR). In such cases, the applicant can be granted residence on humanitarian grounds pursuant to Section 38 of the Immigration Act, but not asylum.

This follows from the preparatory works to the current Immigration Act. Proposition No 75 to the Odelsting (2006–2007) (regjeringen.no) states on page 95 that situations may arise in which it would be a violation of international law to order people to return because return would in itself constitute inhuman treatment, even in the absence of any risk of active abuse. One possible example of such a situation is ‘extraordinary circumstances relating to the foreign national's health’. In such cases, Section 38 of the Immigration Act (lovdata.no) applies. This is repeated on page 146. Here, the preparatory works refer to the fact that the European Court of Human Rights (ECtHR) has in some cases concluded that being returned to the home country would be inhuman treatment and in breach of ECHR Article 3 due to the state of the applicant’s health. In such cases, Section 38 ‘would be the relevant provision for granting a residence permit’.

This is also made clear on page 414 in the comments on the asylum provision. It states that the provision only concerns those cases where the foreign national risks being subjected to active abuse in the country to which he or she is returned and ‘not situations where other extraordinary circumstances exist that means that removal would in itself constitute inhuman treatment, for example health issues’. In such cases, the applicant ‘must be granted a residence permit on the grounds of strong humanitarian considerations under Section 38 of the draft bill.’

This means that people are not recognised as refugees on the basis of health problems. This is also in accordance with the general understanding of the word ‘refugee’. We normally use the term about people who need protection against persecution, not about people who need medical treatment.

But there are exceptions. Health problems may have a bearing on asylum assessments.

Firstly, applicants may be entitled to refugee status under Section 28 first paragraph letter (a) of the Immigration Act (lovdata.no) if they are denied vital treatment because of their skin colour, ethnicity, religion, political opinions or membership of a particular social group. This is made clear on page 415 of the preparatory works to the Immigration Act. In such cases, applicants will have a right to asylum.

Secondly, a person's state of health can have a bearing on what he or she is able to tolerate and thereby on what constitutes ‘persecution’ in the sense of the Immigration Act Section 29 (lovdata.no). For example, physical violations can have more serious consequences for a person who is ill than for a healthy person, and less will be required to constitute persecution of the person in question.

Can residence be granted because of health problems?

Many cite health problems as a reason for being granted residence in Norway. As mentioned above, a residence permit can be granted pursuant to Section 38 if the applicant risks inhuman treatment in breach of ECHR Article 3. I will elaborate on the threshold for protection in such cases in another article.

Residence permits can also be granted pursuant to Section 38. But the threshold is high. According to regulations and practice, health problems alone do not constitute grounds for residence in Norway. Whether a residence permit can be granted depends on a concrete overall assessment. You can read more about our assessments in the professional guide prepared for case officers and decision-makers in UNE.