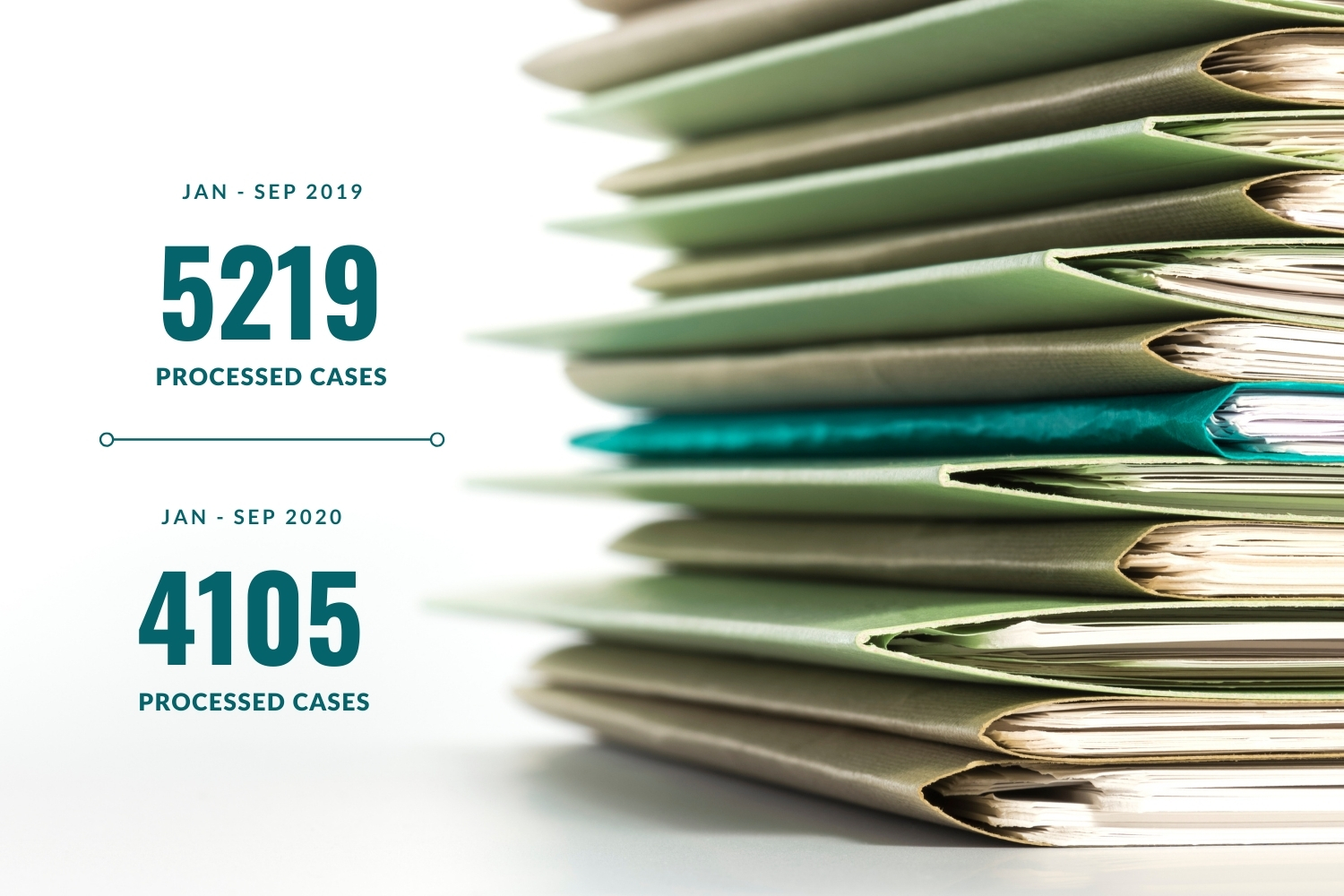 So far this year, UNE has processed fewer cases than at the same time last year. If we look at different types of cases, the picture is more complex.

Since 2017 fewer and fewer asylum seekers have come to Norway, which is reflected in the number of asylum cases UNE processes.

The figures include what we call Dublin cases, cases where Norway asks another European country to process an asylum application.

If we look at other types of cases, the picture is less clear. In citizenship cases, for example, the number remains fairly stable. UNE has so far processed 317 such cases this year, compared with 322 at the same time last year.

For cases involving permanent residence permits, the number has almost doubled: 297 cases processed this year, compared to 159 at the same time last year.

The figures are based on data from UNE's systems at the end of September. You will find more information on our statistics pages (in Norwegian only).